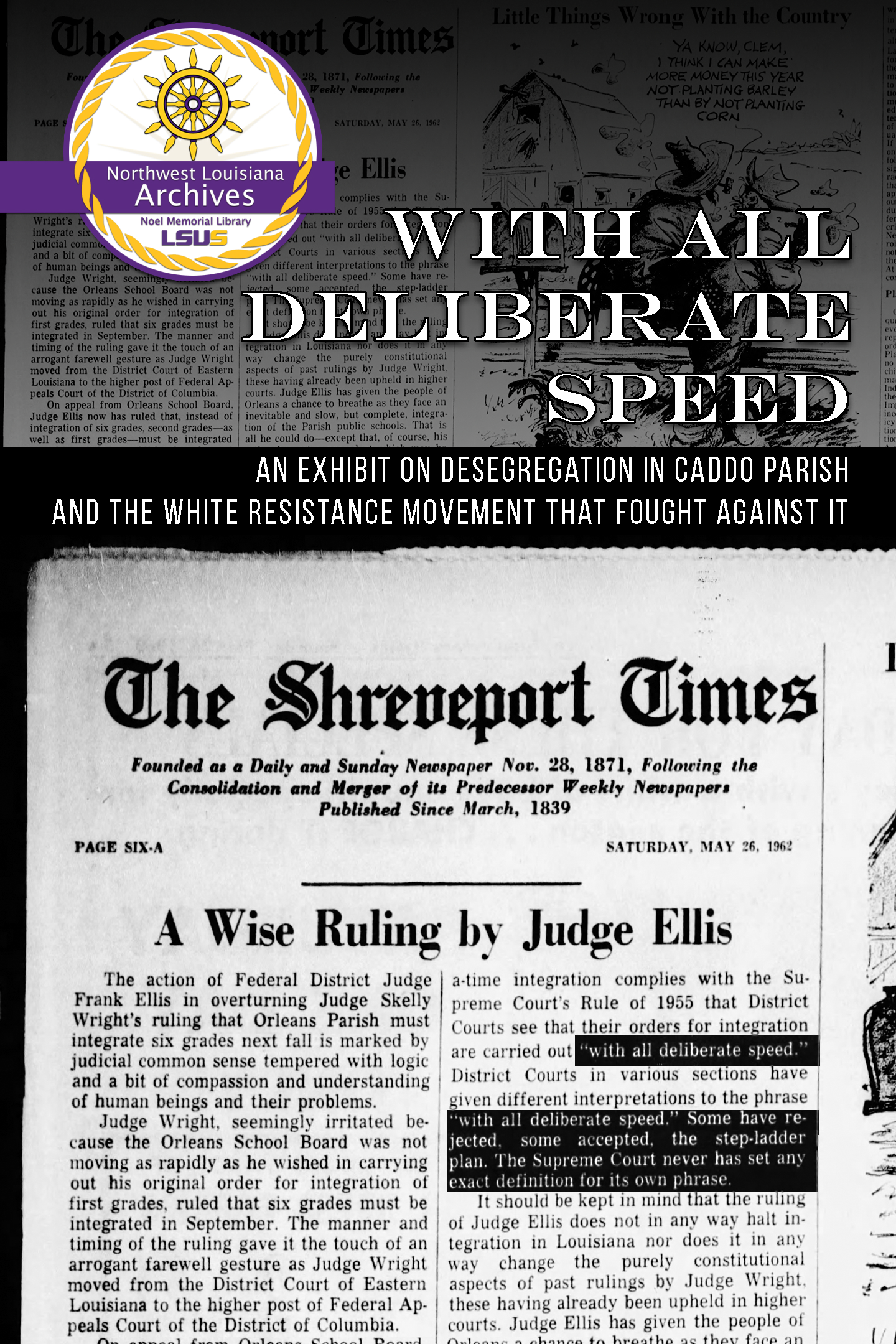 With All Due Speed" Brown v. Board of Education and White Resistance in Northwest Louisiana hosted by the NWLA Archives In-Person

Brown v. Board of Education of Topeka (KS) was a landmark decision of the U.S. Supreme Court in 1954 wherein the Court ruled that state laws establishing racial segregation in public schools were unconstitutional. The Court’s decision stated that “separate educational facilities are inherently unequal” and therefore violated the Equal Protection Clause of the Fourteenth Amendment of the U. S. Constitution, effectively striking down Plessy v. Ferguson (1896), known as the “separate but equal” doctrine. The original decision, however, did not spell out a method for ending racial segregation in schools. The Court’s second decision in Brown II (1955) ordered states to desegregate “with all deliberate speed.” The white backlash in northwest Louisiana was immediate, sometimes subtle but often overt. In this small exhibit, letters, news articles, photographs, school board publications, and oral histories in Northwest Louisiana Archives at LSUS document local reaction to the Court’s mandate to desegregate “with all deliberate speed”.